It’s the s p o o k i e s t time of year!  And one of my favorite ways to get in the Halloween spirit (other than watching my buddy Charlie Brown get shunned trick or treating with his friends) is to drive around and look at the AMAZING Halloween displays in the area.  Here is a constantly growing list of the best Halloween houses in Chicagoland that you just can’t miss!

NOTE:  Since I grew up in the Northwest Suburbs, I know many of the scariest spots in that area. If you have others to add from elsewhere in Chicagoland, please comment below so I can check them out and add them to the list! Also, even though this article has a 2015 publish date, I constantly update it!

Super Scary with lights, sounds, and movement (the girl on the swing haunts my dreams, I swear).  Good for visiting during the day for those who are more timid…it is definitely extra spooky at night.  1784 Everett Avenue, Des Plaines.

Ever wanted to check out a haunted graveyard? Well I have TWO for you to check out. One, including lights and other special effects, is located near Salem and Harvard in Arlington Heights.

This corner house was my favorite house to visit as a kid.  They park a hearse outside on Halloween, have smoke and sound effects, and even serve their candy out of a coffin. Located where Manor Lane turns into Western Avenue, adjacent to North Park in Park Ridge.

The popular “Lights on Magnolia” houses from 4504-4507 Magnolia Drive in Rolling Meadows are a crowd pleaser not just during December but also leading up to Halloween. Be warned that this display is quite gory and creepy, so you might want to avoid it if you have small kiddos.

Another epic and creepy display? 217 Norman Street in Des Plaines. I don’t know what is scariest–the caskets, skeletons, sound effects, or creepy creatures.

There are tons of decorated houses and inflatables within the Charlemagne subdivision in Northbrook. Our favorite is at the intersection of Brittany Court and Charlemagne Drive…perfect for a visit any time of day…and watch out for the moving spider!

Another fun stop is a fun inflatable display right outside of Arlington International Race Track on Euclid and Wilke.

Wilmette’s gorgeous houses get all decked out for Halloween.  The most popular stretch is on Lawndale Street, with the highlight at 208 Lawndale Street in Wilmette.

Two different neighbors come together to create an epic Halloween display on Berkley and Hintz Road in Arlington Heights. One house is the stuff of clown filled nightmares while another has tons of unique, musical inflatables.

Check out how creative Park Ridge residents use skeletons in their displays at a house on Oakton between Florence and Goodwin (across from Oakton Ice Arena) and at the show stopping “Dirty Dancing” inspired skeleton display at a house on Norman Boulevard near Washington Elementary School.

Halloween House Displays in Chicagoland Worth the Drive

Making the trek out of Lake in the Hills is totally worth it if you want to get scared for FREE at an elaborate and private haunted yard WITH LIVE ACTORS at Haunt 31.

If straight up light displays are more your style, don’t forget about the new Fall Light Show display at Goebbert’s in Pine Grove or at Jack’s Pumpkin Pop Up.

Looking for other Fall fun, including crafts, activities, and more?  Then check this out!

Just a mid-day reminder to take a selfie when that

I came, I swooned…I bought ALL THE THINGS. 📍

💛 STACK FOR A GOOD CAUSE 💛 In celebration o

Graduated from snack bitch to cheesemonger. I off

I do nut know about you, but our Summer 202FUN def

There’s no one else I’d rather do life with.

When a book is so incredibly beautiful, and has su

It was love at first sight. And sniff. Welcome h 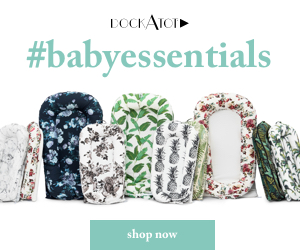